LION LORE
In the beginning

THE CALL OF THE PRIDE.

The old world is ending. The corrupt systems and digital empires of Web2 are in decay. With the advent of Earth's changes, coupled with the rise of Web3, all of the jungle can feel what’s coming. For too long, the lions of the metaverse have been isolated, siloed and scattered.
‍
Return to the OLD village style was not an option. Many have learned how to go it alone.

Decentralized and sovereign, many lions of the blockchain chose this way. But no longer. The call has gone out. From far and wide they have heard it. They know the planet itself beckons them.
‍
A return to the NEW village. A cooperative, positive-sum, meta-game awaited. Wealth, art, technology, and community are better when shared. Councils awaited. The blockchain was ready.
‍
The warriors and the kings and queens of the digital jungle, the strongest lions always knew REAL power lay with the pride: The Tribe of Lions.
LION DAO.

Lion Dao.
The Rise of Web3

Web1 was seeded and pioneered by the founders. The ancestors. We give thanks for the stories they have left us and the infrastructure we inherit from them.
‍
The Internet IS The Jungle.
And so it is the birthright of the strongest and most humble that dwell therein… the Lions. Leaders by nature, brave and benevolent. Each must come to terms with this digital frontier.

Web2 was laid down and dominated by the strong. The Lions who chose centralization. They chose to build pyramids in the jungle. For a time this was good. It allowed everyone to flourish and expand at astonishing rates. Wealth and technology flowed freely in the jungle and innovation abounded.
‍
That was before greed took them. They started to deny the Lions who still honored the earth freedom, privacy, sovereignty, and creative ownership.
‍
Cryptocurrency and blockchain technology appeared in this era. The beginnings of hope for a truly free system of value. The Lions knew what was to come… Their initiation into the metaverse was at hand.
‍
Web3 has arrived. At dawn, the Lions of the pride gather to discuss what must be done.
‍
Education. Inspiration. Creativity.
‍
A New Renaissance has come to the jungle, not seen since ancient times.
‍
The Metaverse.
‍
In league with the Earth herself, with the master plants, and the spiritual wisdom that is beyond digital, the Lions walk. Gathering their strength, the pride moves as one.
‍
Sovereign stories of value, elevated culture, and rightful use of technology are here. How will the future be decided as the Web2 tyrants attempt to steer history?
‍
Lion DAO is here and ready to steward the great transition... the great initiation of this new frontier.‍

The Evolution of The Synarchy

For eons before the inception of the jungle, life had its own form of symbiosis between the masculine and feminine. All lions were celebrated, honored, and fit into their own unique puzzle piece in the grand tapestry of being.
‍
This all changed with the advent of Web1.
‍
For various reasons, the queens in the jungle found themselves left out of much of the building and guiding of the jungle. Technical artifice and the culture of the first kings set this up.
‍
As Web2 exploded onto the scene, more and more lionesses found themselves on the councils building the future, but something was still missing…
‍
Old hierarchies and outdated belief systems had some of the lions believing that the feminine did not belong in the exponential tech space, that they could not “keep up”, or they were not fit to lead the jungle.
‍
As Web3 dawned, all the elevated degens worth their salt knew the power of the divine feminine. For in truth the creative yin principle within all the lion pride had been guiding this technological renaissance all along. It only made sense that masculine and feminine should govern and design the culture together.
‍
Enter the Synarchy.
‍
Both Lion AND Lioness co-vision and co-create the new landscape.
‍
Masculine and feminine forces dream up together a world where the unique power of each is brought to bear.
‍
The Lion DAO was seen as a cultural leader in the jungle for this reason, so few of the new Web3 tribes had tapped into the power of this evolutionary hierarchy.
‍
As it turned out, Synarchy set the stage for more nuanced conversations, more precise governance, and an explosion of wealth + creativity that had not been seen since ancient times…

And so it is the birthright of the strongest and most humble that dwell therein… the Lions. Leaders by nature, brave and benevolent. Each must come to terms with this digital frontier.

The Cultural Fabric of Elevated Degens

The Lions knew they would need allies.

‍They could not elevate the jungle alone. As the metaverse exploded into a digital-cultural singularity of activity… prudence and good judgment were needed.
‍
They knew they wanted the very best that the blockchain space could offer. The most savage yet trustworthy, grateful, and skilled warriors.

They needed “degens”. But not the degens driven by moon pumps and extraction… So much of the tech culture was not aligned with the meditative, noble, and collaborative ways the Lions had so carefully cultivated. Many who lived in the jungle of the internet had experienced these “degenerates”: the gamers, the greedy VCs, the ones who pulled the rugs. So much of this culture was masquerading as a new, free metaverse for all, and yet merely recapitulated the issues with the old one.
‍
However, some degens were playing for good and could still be brought in. They were DEEP believers in benevolent creativity, innovation, collaboration, and disruption. Values that could serve the Lion DAO…
‍
Enter the Elevated Degens.

Elevated Degens are the best of the tech space who work with higher consciousness as their north star. The benevolent innovators of the jungle. Many not seen since the dawn of the internet. Artists, Musicians, Poets, Founders, Healers, Seers, Wisdom Keepers, and CEOs.
‍
The law of evolution in the jungle was clear: innovate and move forward. Symbiosis was key. Collaboration was the way of the metaverse. And this was the DAO of the Elevated Degen. The Tao of the Lions. Elevated Degens were commanding the future, one blockchain technology at a time. These creative visionaries combined the best of the tech-savvy frontiers with the gratitude in their hearts. A will to serve all. Elevated Degens understood the future, and wanted it to move towards Game B.
‍
The Lions gathered now in force. Guiding the burgeoning digital empires springing up in Web3 Jungle undergrowth.
‍
This was a cultural melding never before seen. Such was the DNA of Lion DAO. 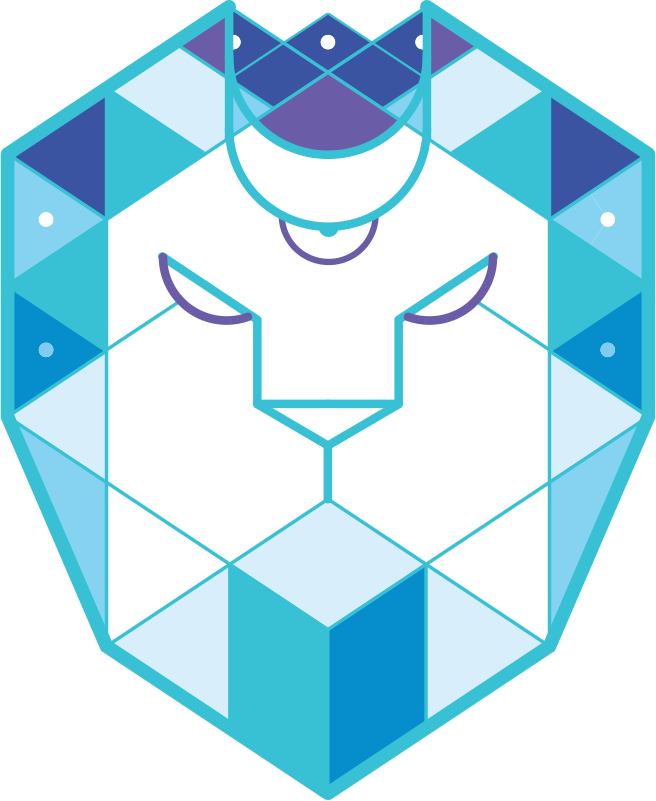